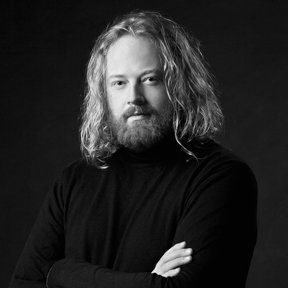 This Festival Baroque & Classical Academy will provide training from internationally acclaimed Bach Festival musicians and learning opportunities at the Carmel Bach Festival. BCA musicians will have a full rehearsal schedule, including guided sessions with mentors, in preparation for the Baroque & Classical Academy Quartet Showcase Concert. Throughout July, BCA musicians will learn how to curate programs, create socially conscious programs, develop audiences, build donor relationships, and more. Musicians will attend educational workshops with Festival musician mentors, film composers, board members, and others to learn skills to help them succeed as professional classical musicians.

The quartet will also enrich the traditional Carmel Bach Festival community by offering free public masterclasses and performing a Showcase Concert featuring a program curated by the BCA musicians with guidance from Festival mentors.

The Academy will be directed by violinist Edwin Huizinga, who is a member of the Festival Artistic Leadership Team. Huizinga began studying Baroque violin with Marylin McDonald at Oberlin Conservatory, and then went on to become San Francisco Conservatory’s Baroque Performance assistant, while earning a master’s degree under Corey Jameson. Edwin has toured extensively with the Tafelmusik Baroque Orchestra, the Wallfisch Band, led by Elizabeth Wallfisch, Apollo’s Fire, and Brandywine Baroque. He was also part of legendary harpsichordist Gustav Leonhardt’s last public performance tours before he retired. Huizinga has also been invited as a guest artist to the Amsterdam Conservatory, under the tutelage of Lucy Van Dael, and worked with Vera Beths, Anner Bylsma, Stanley Ritchie, and Elizabeth Blumenstock in masterclasses, workshops, and concert performances. Edwin is a founding member of international touring ensembles ACRONYM and Fire & Grace, the Artistic Director of the Sweetwater Music Festival, and artistic team member of the Big Sur Fiddle Camp.

"Fifteen years ago while I was at the Oberlin Conservatory, I was approached by Elizabeth Wallfisch to be part of the Carmel Bach Festival, and that ended up being an incredibly influential invitation. Now, as we launch a new program, the Baroque & Classical Academy, my Carmel Bach Festival colleagues and I hope to encourage the next generation. We have an unbelievable offering in Carmel with the Festival — world class artists and incredible music in one of the most gorgeous places in the world. Now we are going to be able to teach, inform, guide, and inspire four musicians every summer through this new Academy. I hope you will consider this opportunity, and I really look forward to working with some of you soon!" 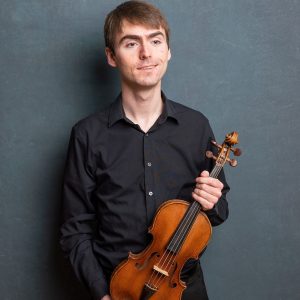 Joseph Lorang is a violinist and violist who is interested in both historical and modern string playing. He plays violin in the Glimmerglass Festival Orchestra in Cooperstown, NY, where he has also played viola with the Fenimore Quartet. Other memorable summer experiences have included the Pacific Music Festival in Japan in 2018 and the inaugural season of Carnegie Hall’s National Youth Orchestra in 2013. He has degrees in violin performance from the University of Southern California (USC) and New England Conservatory, and recently graduated with a degree in historical performance from the Juilliard School, whichincluded the opportunity to participate in tours to France and Germany. He is passionate about community engagement and has been involved in programs such as USC's Thornton Outreach Program, the Gluck Fellows program, and Through the Staff (an educational nonprofit established during the pandemic to connect students to free remote music lessons). During his time at USC, he also got involved in conducting and served as Music Director of Concerto Chamber Orchestra (a student-run, campus-wide orchestra at USC). This fall, he will be pursuing a different interest and starting his JD degree at Columbia Law School. He hopes to continue to explore the subject of historical performance and to find new and creative ways to engage with the musical community. 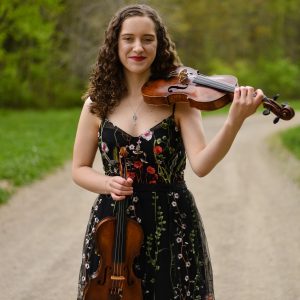 Alyssa Campbell is a baroque violinist and violist from Detroit, Michigan. She is currently a graduate student at The Juilliard School where she is a member of the early music ensemble Juilliard415. Prior to moving to New York City, Alyssa studied violin performance at the University of Michigan School of Music, Theatre & Dance. Her primary instructors include Cynthia Roberts, Elizabeth Blumenstock, Aaron Berofsky, and Joseph Gascho.

She has performed at music festivals including the American Bach Soloists Academy, Chautauqua Music Festival, Oregon Bach Festival Berwick Academy, and the Tafelmusik Baroque Summer Institute. Additionally, in 2016 she co-founded the Detroit Chamber Orchestra, an ensemble dedicated to presenting free classical music performances in community-centered spaces. As a baroque violinist, Alyssa focusses on music spanning the 16th to 19th centuries and aims to expand the field of early music to include works by composers that are lesser known and performed. 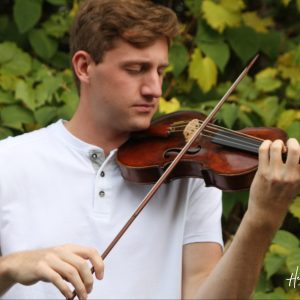 William (Jimmy) Drancsak III, originally from Skaneateles, New York, is a violinist, violist, and music educator based in New York City. From an early age, Jimmy found a particular love for traditional fiddle playing that influenced his unique and creative outlook on classical music. This eventually led him to the discovery of historically informed performance. He combined his love for improvisation and orchestral playing and found the perfect mix of freedom and structure amongst 17-18th century music. Jimmy graduated from the State University of New York at Fredonia where he received a Bachelor's degree in Music Education and Violin Performance. After college, Jimmy was hired as an elementary and middle school orchestra director in Syracuse, New York. While teaching as a full-time music teacher, Jimmy continued performing in various genres including folk, jazz, and classical music. During the summer of 2021, Jimmy left his teaching position and gigs to begin a Master's degree in Historical Performance at The Juilliard School. He performs internationally with Juilliard 415, The Seven Hills Baroque Ensemble in Cincinnati, Ohio, The Arrow Quartet based in New York City, and the Rock Hill Symphony Orchestra in Rock Hill, South Carolina. Jimmy considers himself extremely blessed to have been able to pursue his love for music and will continue to share this passion with his students and audiences around the world. 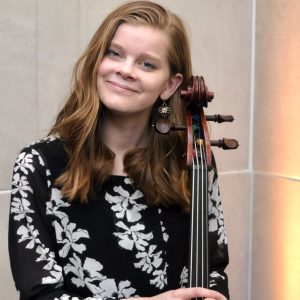 Passionate about honoring and understanding the traditions of all kinds of music, Adrienne Hyde graduated as a Pi Kappa Lambda Scholar from the Eastman School of Music, receiving a Bachelor’s degree with High distinction in Cello Performance and a concentration in art history. During her time at Eastman, she was the recipient of the Glenn and Frances Harris Cello Prize and the school’s first awarded Performance Practice Certificate for her extensive study of historical performance techniques.

Currently, she is pursuing a Master’s degree on full scholarship as a historical performance student at the Juilliard School in NYC, where she double majors in Baroque Cello and Viola da Gamba. At Juilliard, Adrienne works in the community engagement department as a Morse Teaching Artist Fellow, teaching music theory and general music appreciation classes. She was also selected as the Music Advancement Program (MAP) Cello Fellow, through which she co-directed and founded the inaugural MAP Baroque Ensemble, and co-taught two courses in Baroque Performance Practice. 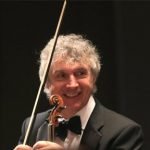 Peter has been Concertmaster of Sir John Eliot Gardiner’s Orchestre Revolutionnaire et Romantique since 1992, when they recorded their first complete set of Beethoven symphonies. He appeared as its Concertmaster soloist for European and U.S. tours of Beethoven’s Missa Solemnis, a 2017 BBC Proms performance of Berlioz’s Damnation of Faust, and in 2018, major European and U.S. tours of Berlioz. In 2020, they performed all the Beethoven symphonies in Barcelona and U.S. including sold-out concerts at the Carnegie Hall, New York.

Peter formed The Eroica Quartet in 1993 with colleagues from the world of period instrument performance. The group immediately attracted attention with their vision of a revived Romantic approach to the string quartet literature, from Beethoven to Debussy. The Eroica quickly became established, and toured extensively in the United Kingdom as well as making visits to France and the U.S. Their American debut was in Washington, D.C. and the New York debut was in February 2001, at the Frick Collection.

Peter is a concertmaster of the Carmel Bach Festival in California. His role includes chamber music performances, directing the string orchestra and appearing as Concertmaster for most of the Festival Orchestra concerts.

Peter also appears as Director elsewhere; recent engagements include projects with the Singapore Symphony Orchestra, Kymi Sinfonia from Finland and Orquesta da Camera in Spain. He was recently Guest Concertmaster with the Luxembourg Philharmonic, the Stockholm Radio Symphony Orchestra, and in 2017 was Guest Concertmaster for a Beethoven and Gade project with Concerto Copenhagen in 2019. He returned to Singapore for a new project in 2021. 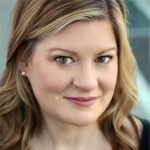 Cynthia Roberts is one of America’s leading period instrument violinists, appearing as soloist, concertmaster, and recitalist throughout North America, Europe, and Asia. She is a faculty member of the Juilliard School. She specializes in classical chamber music performance with historic keyboards and has performed throughout the world with fortepianist Christoph Hammer. She appears regularly with the Trinity Baroque Orchestra, Smithsonian Chamber Players, Tafelmusik, and the Boston Early Music Festival. She has performed as concertmaster of Les Arts Florissants with William Christie and appeared with Orchester Wiener Akademie, the London Classical Players, and the Bach Collegium Japan. She was featured as soloist and concertmaster on the soundtrack of the Touchstone Pictures film Casanova, and accompanied soprano Renee Fleming on Late Night with David Letterman.

Ms. Roberts also teaches at the University of North Texas and the Oberlin Baroque Performance Institute and has given master classes at the University of Music and Performing Arts Vienna, Indiana University, Eastman, the Cleveland Institute, Cornell, Rutgers, Minsk Conservatory, Leopold-Mozart-Zentrum Augsburg, Shanghai Conservatory, Vietnam National Academy of Music, and for the Jeune Orchestre Atlantique in France.

Ms. Roberts made her solo debut at age 12 playing the Mendelssohn Violin Concerto with the Grant Park Symphony of Chicago. Her recording credits include Sony, CPO, and Deutsche Harmonia Mundi.

Participate in or have a graduate or undergraduate degree in performance.

For string quartets – see regular admission details PLUS provide a recording of two contrasting movements of a Haydn String Quartet.

The Carmel Bach Festival regrets it is unable to assist in obtaining work visas for non-US citizens.