Concertmaster Peter Hanson with members of the Festival Orchestra

The Festival’s Baroque virtuosi are featured on the Monday main concerts, performing four of Bach’s Brandenburg Concerti, along with two Vivaldi classics for multiple solo violins.

“This juxtaposition will create a Baroque concert of unprecedented energy and creativity in the hands of Peter Hanson and the Festival musicians,” said Paul Goodwin.

Bach’s Brandenburg Concerti are his greatest instrumental works and are filled with great variety and unique orchestration. Each concerto requires a different combination of instruments as well as very skilled soloists.  This characteristic is notable in the Concerto No. 5 where Bach gave the harpsichord dazzling music to perform and in the process, perhaps invented the modern keyboard concerto. The 5th Concerto is the perfect vehicle to feature Festival principal keyboardist Andrew Arthur’s artistry.

Vivaldi’s concerti for multiple violins are known for their verve. Combine that with memorable and catchy melodies and you have the perfect balance of beauty and virtuosity. Violinist Edwin Huizinga says that the Concerto for Four Violins, part of Vivaldi’s L’estro armonico series of 12 concerti, “sounds like a gorgeous conversation among best friends.” He also feels that the B-Minor concerto is the, “greatest Baroque composition ever written.”

“In the first Brandenburg, we have much character and celebration,” said concertmaster Peter Hanson. “The Vivaldi then takes us to a masked ball in Venice. Brandenburg 6 is the acknowledgement of death and the end of life. Then we have Brandenburg 5 which could be seen as the choice of Hercules between Virtue and Vice—Hercules, on this theory, is represented by the harpsichord, rapidly rotating ideas throughout the first movement and going into a long aria of consideration before dismissing Vice (the flute) in favor of Virtue (the violin). The hero’s decision is perhaps made difficult for him by the fact that Vice and Virtue so often say the same things! Then we have more Venetian masked ball before finishing with Brandenburg 3.”

Peter Hanson is a period instrument specialist and recording artist. He is in his 10th season as concertmaster of the Carmel Bach Festival Orchestra. He has performed with modern and period instrument including the Academy of St. Martin in the Fields and the London Symphony and served as concertmaster for Mstislav Rostropovich and the Philharmonia Orchestra as well as Sir John Eliot Gardiner’s Orchestre Revolutionaire et Romantique for more than 25 years appearing on nearly all its recordings and concerts. 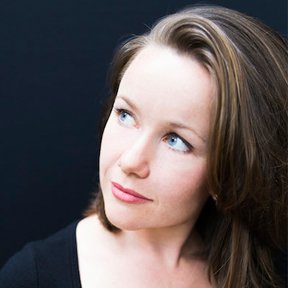 In 1719, during his tenure as Kapellmeister in Cöthen, Bach journeyed to Berlin to supervise the purchase of a new harpsichord. There he made the acquaintance of Christian Ludwig, Margrave of Brandenburg, who was the uncle of the king and a patron of the arts who retained his own collegium musicum. Roughly two years later, Bach sent him an apparently unsolicited manuscript for “Six concertos de plusieurs instruments” with a modest dedication. It may be that Bach was making an indirect appeal for employment, since his situation in Cöthen was becoming less than ideal. Bach had made a thorough study of Italian concertos, making transcriptions of works by Vivaldi, Marcello, and others. In most cases, these works were primarily for single or multiple string soloists, or for various solo winds. The diverse and unprecedented instrumentation of the Brandenburg Concertos shows a willingness to experiment with novel combinations.

Bach was well versed in the possibilities of concerto style, having studied Italian models from such as Corelli, Marcello, and Vivaldi. Typically, sets of concertos like Vivaldi’s l’Estro Armonico, op. 3, or Corelli’s Opus 6 had homogeneous instrumentation such as all strings, contrasting a solo instrument or small group against a larger group of similar instruments. But the variety and experimental boldness of the orchestration in the six Brandenburg Concertos is unprecedented. Ironically, there is no evidence that they were performed in the Margrave’s court, nor is there any record of Bach having been acknowledged or rewarded in any way. Fortunately, the manuscript survived, and the concertos resurfaced in 1869 when they were published in the Bach Gesellschaft Edition.

Concerto No. 1 is comprised of three movements followed by a set of dances. It requires the largest group of instruments of all the Brandenburgs: Three oboes, bassoon, two horns, and five string parts with continuo. Hovering above the string section is the violino piccolo, tuned a third above normal, which takes on a solo role in the second and third movements. Another novelty of orchestration is the presence of horns. Prior to this concerto, they were normally heard only outdoors, played by pairs of itinerant musicians, and chiefly associated with hunting. Bach domesticated this instrument, as did Handel with his Water Music around the same time in far off London. A graceful Menuetto serves as a framing device for three contrasting trios, each featuring a different instrumental group. The first Trio is for woodwinds, the second a gentle Polonaise for strings (without piccolo violin), and the third displays the horns in military mode, with oboes providing the bass line. 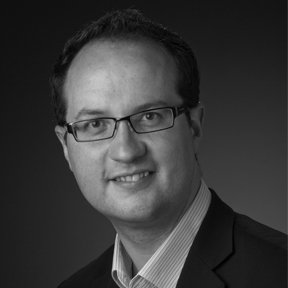 Concerto No. 6 places the spotlight on the violas, of which there are two kinds: viola da braccio (arm viol, or viola as we know it) and viola da gamba (leg viol). Two solo violas are the concertino instruments in this work, with gambas providing the middle voices, a role normally delegated to the viola. Cello and continuo complete the ensemble, creating a dark-hued sound reminiscent of viol consorts of earlier times. It has been suggested that Bach himself might have played one of the viola parts, since it was stringed instrument he enjoyed playing, and Prince Leopold himself likely took up one of the gamba parts. The first movement is built primarily on a two-part canon with the second viola entering one eighth-note after the first. Episodes with changes of texture keep the concerto grosso concept active. The Adagio is spacious aria with the intimate instrumentation of a trio sonata. Its half-cadence ending leaves the door open for the dancing final Allegro, which is in the form of a rondo. A ritornello in the character of a gigue, during which the violas play in unison, occurs four times. In between are contrasting episodes of a soloistic nature in which the violas spar with each other or engage with the cello.

Although primarily a concerto grosso with the flute, violin, and harpsichord forming the solo group, Concerto No. 5 features a variety of textures. The first movement has the most extended orchestral passages, and the solo group appears alternately alone and with orchestral accompaniment, which is played pianissimo. The harpsichord plays the dual role of continuo and solo instrument, and it becomes more prominent and virtuosic as the movement progresses. Then it takes flight with a stunning solo, a cadenza in all but name. It is as if we are witnessing the birth of the solo harpsichord concerto—the mother of all keyboard concertos, if you will—a form close to Bach’s heart, especially in later years when his sons were performing. The Affetuoso in B Minor involves only the solo group, but its overall form replicates concerto principles: phrases marked forte in the flute and violin parts are accompanied by the harpsichord with a figured bass, but phrases marked piano involve the right hand of the harpsichord on equal terms with the other treble instruments. In the concluding Allegro, the playful gigue-like rhythms make it easy to overlook the contrapuntal complexities and formal innovations that enrich this movement. Elements of the ritornello concerto, rondo, and fugue are all at play in this exuberant finale. Concerto No. 3 presents the strings in three choirs of three players each, plus basso continuo. The Allegro has lively antiphonal conversations between these groups of three as well as brief individual solos, making the tossing around of motives a spectator sport. The third movement is a thrilling cross between a fugue and a gigue. In between, rather than a slow movement, are just two chords, Bach’s open invitation for an improvised cadenza.

Without doubt one of the most influential music publications of the 18th century was Vivaldi’s 1711 collection of concertos entitled L’estro armonico (The Harmonic Inspiration). Although he had written concertos for years and many such works had already been in circulation in manuscript, great pains were obviously taken to make an impact with this, his third opus, but first publication of concertos. The twelve works in the set are comprised of three each of solo, two violin, and four violin concertos and their range of style, technical bravura, and emotional depth is staggering. J.S. Bach thought well enough of Vivaldi’s concertos to transcribe half of them for keyboard instruments. It is in fact due to this connection that Vivaldi’s revival from obscurity began in the wake of Bach scholarship.

The Concerto in A Minor, No. 8, is in essence a double violin concerto. The interaction of the two soloists is especially vivid in the passionate dialogue of the Larghetto e spiritoso. The Concerto in B Minor, No. 10, sets four solo violins and obbligato cello against the ripieno string group and continuo, for a total of eight parts. In between ritornello passages involving the entire group, each of the soloists displays its personality. In the Largo, even the violists have their solo moments. But in the passage which follows, an unprecedented effect is produced by the four violins playing arpeggios, simultaneously but each with an individual articulation—one slurring, another playing staccato, another rapidly oscillating, etc.—in a dazzling kaleidoscope of color.