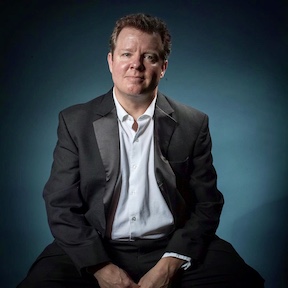 Jordan Frazier
Principal Double Bass
Jordan has been a participant of the Carmel Bach Festival since 1997. Principal bassist Jordan Frazier has performed worldwide with the Orpheus Chamber Orchestra since 1993 and was appointed a member of the orchestra in 2006. He is a former member of L’Orchestra Ciutat de Barcelona, and currently is a member of the American Symphony Orchestra, American Composers Orchestra, and is Principal Bass of the Westchester Philharmonic, Little Orchestra Society, and the Carmel Bach Festival Orchestra in California. Jordan has also performed as Principal Bass of the St. Paul Chamber Orchestra and the Australian Chamber Orchestra, as well as the Pittsburgh and Cincinnati Symphonies, Orchestra of St. Luke’s, Chamber Music Society of Lincoln Center, the Metropolitan Opera Orchestra, New York City Ballet, and the American Ballet Theater Orchestras. Jordan has also performed and recorded with the Tafelmusik Baroque Orchestra, both in Toronto and at the Klang und Raum Festival in Bavaria.

As a chamber musician, Jordan has performed as a guest with Bargemusic, Helicon Ensemble, Speculum Musicae, The Los Angeles Piano Quartet, and the Corigliano, Jupiter, Parker, and Daedalus Quartets. His recording credits include Sony Classical, Harmonium Mundi, Nonesuch, London, Decca/Argo, EMI, Koch, Musical Heritage Society, Blue Note, and Deutsche Grammophon, including the Grammy winning Shadow Dances, music of Stravinsky, with Orpheus and the Grammy winning Blue Note album, Emanon, with the Wayne Shorter Quartet and Orpheus. He is also a member of Gerard Schwartz’s All-Star Orchestra and has recorded 20 episodes (10 DVD’s) for Naxos and PBS.

A native of Cleveland, Jordan received his musical training at the Interlochen Arts Academy and the Manhattan School of Music. He has been on the faculty of the Mannes College of Music and has given masterclasses at the Interlochen Arts Academy, Yale, and Rice Universities and at the National Orchestral Institute. Jordan lives in Fredonia, NY with his wife, bassoonist Laura Koepke, and their two boys.