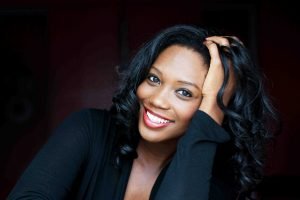 Henry Purcell, Excerpts from Dido and Aeneas
Overture
Music for a While
The Triumphing Dance
Recitative and Aria: Thy hand Belinda and Dido’s Lament (When I am laid in earth)
Chorus: With drooping Wings Cupids come

The California native is recognized for her beautiful vocal timbre and stunning stage presence. Her voice is known for its shimmering and  agile upper register and “smoky” middle register. Angel starred in the Met’s Porgy and Bess last September, and will perform excerpts from Gershwin’s operatic treasure including a duet with bass-baritone soloist Dashon Burton.

Gershwin was very proud of his masterwork, describing it as combining “the drama and romance of Carmen with the beauty of Die Meistersinger.”  He was a  supreme composer of melodies as inspired in this classical/jazz/blues idiom as Puccini and Verdi were in late Romantic opera. The score is unforgettable with arias such as the duet “Bess, You Is My Woman Now,” which has joined the ranks of the greatest operatic love music, utilizing rich, blues-tinged harmony. Author Joseph Horowitz said of the opera, “To my ears, Porgy and Bess is the highest creative achievement in American classical music.”

Excerpts from the Baroque operas Dido and Aeneas and Serse open the wide-ranging concert. You will be enthralled by the haunting beauty of “Dido’s Lament” as performed by Angel Blue. Mozart’s Ave verum corpus for chorus, and the famous Countess aria from The Marriage of Figaro close the first act.

Concluding the program is a trio of Verdi works – an opera overture, the renowned aria “Di Provenza il Mar” from La Traviata sung by Dashon Burton, and the “Libera me” from the composer’s monumental Requiem. In this extraordinarily complex movement the soprano soloist (Angel Blue) sings a plaintive and breathtaking plea to be spared from judgment. A massive tidal wave of sound and energy follows featuring a raging chorus and the powerful orchestra brass and percussion. The music peacefully resolves as the chorus and soprano unite to intone a final quiet prayer for salvation and deliverance.

The ending of the Libera Me is emotional, magical, and stirring, concluding a concert showcasing one of opera’s transcendent emerging stars.

“Who couldn’t resist the Carmel Bach Festival musicians performing arias from Gershwin’s Porgy and Bess along with Mozart, Handel, Purcell and Verdi sung by one of today’s greatest sopranos, Angel Blue, star of the Metropolitan Opera, partnered with Dashon Burton,” said Paul Goodwin. “Throw away your troubles and be transported to another world!”

Angel Blue grew up in Apple Valley, northeast of Los Angeles, and completed her musical studies at UCLA. Last September, she starred as Bess in a new Metropolitan Opera production of Gershwin’s Porgy and Bess.  These performances follow her internationally praised French Opera debut and as Floria Tosca at the Aix-en-Provence Festival in July 2019.

She made her San Francisco Opera debut in 2009; her credits have included performances with the Canadian Opera Company, the Los Angeles Opera, Frankfurt Opera, the Royal Opera House at Covent Garden, Vienna State Opera, La Scala, and many others. She made her Metropolitan Opera debut in 2017 as Mimì in Puccini’s La bohème.  Also active on the concert platform, Ms. Blue has appeared in recital and in concert in over thirty-five countries.  Important orchestral engagements have included Porgy and Bess at the Berliner Philharmoniker with Sir Simon Rattle, Mahler’s Symphony No. 2 with the Münchener Philharmoniker under the baton of Zubin Mehta, and Verdi’s Requiem in Australia with Oleg Caetani.

DASHON BURTON bass-baritone
Dashon Burton returns to the Carmel Bach Festival for a fifth season as bass-baritone soloist. The Bronx, New York native was previously a member of the Chorale. Praised for his “nobility and rich tone,” Burton has established a world-wide career in opera, recital, and in many works with orchestra.  He is a regular guest with the Cleveland Orchestra and Franz Welser-Möst,  Dashon has won prizes from the ARD International Music Competition and the International Vocal Competition in ‘s-Hertogenbosch, and from the Oratorio Society of New York and the Bach Choir of Bethlehem’s Competition for Young American Singers.  He graduated from the Oberlin College Conservatory of Music, and received his Master of Music degree from Yale University’s Institute of Sacred Music.

You can also hear Dashon on the Saturday and Sunday Main Concerts, and the Monday Chamber Concerts at All Saints’ Church.