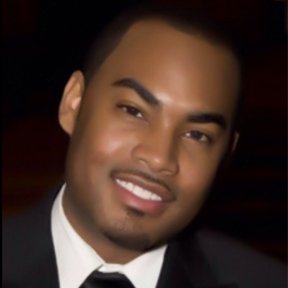 Charles Wesley Evans
Baritone
Charles Wesley Evans, Georgia-born baritone, began singing professionally at the age of 11 as a chorister at The American Boychoir School in Princeton, New Jersey where he performed nationally and internationally under the baton of notable conductors, Zubin Mehta, Lorin Maazel, James Levine, John Williams and Vladimir Spivakov. With a versatility that ranges from the Baroque to Gospel and African-American Spirituals, he has engaged a myriad of audiences across the US and abroad.
His solo work has offered opportunities across the US with the Cleveland Orchestra, New York Philharmonic, Austin Symphony, Fort Worth Symphony, Delaware Philharmonic, Berkshire Baroque, the Dryden Ensemble, Princeton Pro Musica, Music in Somerset Hills, and the Masterworks Chorus and Orchestra at Carnegie Hall. He is a passionate supporter and performer of professional choral practices and is a proud member of the Carmel Bach Festival Chorale (Carmel, CA), Grammy-nominated Seraphic Fire (Miami, FL), The Choir of Trinity Wall Street and the Grammy-award winning ensemble Conspirare (Austin, TX). His singing has been broadcast on New York Public Radio, South Florida Public Radio, California Public Radio and Classical MPR (Minnesota).
This season he looks forward to performances with Winston-Salem and Mobile Symphony Orchestras, Seattle Arts Alliance, Conspirare, Seraphic Fire and Carmel Bach Festival Chorale. He has served on the faculties of the University of South Florida, University of Tampa, and Artist-Faculty for the Aspen Music Festival in association with Seraphic Fire’s Professional Choral Institute.
He holds a Bachelor of Arts in Music from Brewton-Parker College in Mt. Vernon, GA with further study at the Boston Conservatory of Music and Westminster Choir College of Rider University. He is currently the Head of Choral and Vocal Studies at Choate Rosemary Hall.