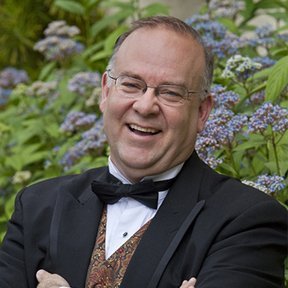 Andrew Megill
Associate Conductor and Director of Chorale and Chorus
In addition to his work as Associate Conductor for the Carmel Bach Festival, Andrew Megill is Chorusmaster for the Montreal Symphony Orchestra, Artistic Director of Fuma Sacra, and Professor of Conducting and Director of Choral Activities at the University of Illinois (Urbana-Champaign), where he leads the oldest doctoral program in choral conducting in North America. Recognized as one of the leading choral conductors of his generation, his performances have been praised for their “power, subtlety, and nuance” and “profound spirituality” [Le Devoir, Montreal] and have been described as “piercing the heart like a frozen knife” [Monterey Herald] and “leaving the audience gasping in amazement” [Classical NJ].

Mr. Megill is especially admired for his performances of Baroque choral works. He regularly collaborates with leaders in the field of historically-informed performance, including Masaaki Suzuki, Ton Koopman, Paul Goodwin, and Bruno Weil. He has previously served as Music Director of the Masterwork Chorus and Orchestra (with whom he frequently performed in Carnegie and Avery Fisher Halls), Chorusmaster for the Spoleto Festival USA, and Associate Professor at Westminster Choir College. He has guest conducted for the Yale Institute of Sacred Music, Emmanuel Music (Boston), the Juilliard Opera Center, TENET vocal ensemble, Piffaro, Rebel, Sinfonia NYC, the Sebastians, and the Trinity Baroque Orchestra, and served as interim Choirmaster for Trinity Church (Wall Street) in Manhattan.